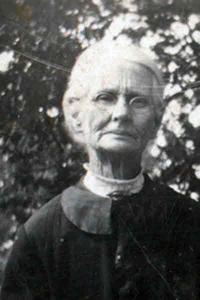 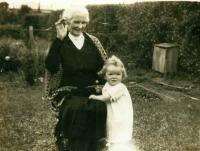 Lucy was born circa 1859 at South Australia.2 She was the daughter of Alexander Charles Deane and Ann Dunne.1

A family member states that the children from Alexander Deane's first marriage were looked after by a woman in Walkerville because the second wife Sarah Sheils didn't want to care for them.3

A meting of the Cape Borda Christian Endeavor Union was held at the Smith house, and Elbertha, Lillian and Lucy were all involved (and one was elected treasurer.)13

The Smith family hosted a social evening at their house at Cape Borda, Kangaroo Island, South Australia for the Cape Borda Christian Endeavor Society, and the three girls and two of the men contributed songs and recitations.14

On Saturday, 18 January 1908 the Smith family departed Harvey's Return, in Cape Borda, Kangaroo Island, South Australia for their annual holidays. On their journey to Adelaide, a large bushfire was observed on the island.15

Her father died 12 April 1912 at the age of 71. She presumably lived with her spouse Walter at Kongorong, South Australia, in August 1912.17 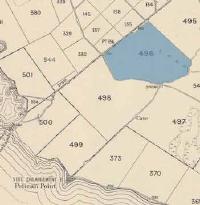 
On Friday, 10 September 1915 it is likely that Walter and Lucy attended the retirement function of Mr. J Hilton, head keeper at Cape Bank Lighthouse.18

Walter and presumably Lucy attended an Australia Day celebration on Friday, 28 July 1916 (held on that date in 1916) that went through out the day, ending in an evening concert. He contributed 10 shillings.20 Taken on strength.21,22,23,11 News was received on Thursday, 17 May 1917 that her son Edward was missing, and had been missing since 11th April.24,23,25 News was received on Wednesday, 20 June 1917 that her son Edward was severely wounded and was a prisoner of war in Germany.24,23

It seems that Walter and Lucy's land at Kongorong, South Australia was forfeited under a Closer Settlement Agreement due to non-payment of arrears (the newspaper incorrectly states that this applied to Section 696; the Smiths held Section 496). This land was then noted as an 'abandoned block' and made available for selection 4th of September 1919. It was then granted to their son Edward in January 1920.26,27,28,29

On Wednesday, 24 April 1918, Lucy attended a meeting of the Red Cross Society, giving a small cash donation in support of the Prisoner of War Fund.31 News was received in February 1919 that her son Edward had been returned to England.24,23 Lucy's son Edward was discharged from military service on Thursday, 27 November 1919 at age 35.32

In 1922 Walter and Lucy purchased a house in Adelaide.11 She and Walter Thomas Smith celebrated their golden wedding anniversary on 29 December 1929.33 Lucy and Walter lived on 4 January 1930 at at 71 Gladstone Avenue in the Adelaide suburb of Magill.34