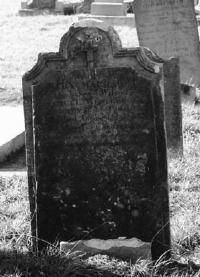 Mary was born on Tuesday, 7 May 1799 at Middlesex.3,1 She was the daughter of Joseph Mason and Sarah Raynor.2 Mary Margaret Mason was probably baptised at St. Anne Limehouse on Sunday, 9 June 1799 at Tower Hamlets, London.2

She married Dr. Samuel Westbrook, a doctor, son of Henry Westbrook and Sarah Taylor, in a Church of England ceremony, after banns had been read on February the 20th and 27th and march the 5th at St. Dunstan's and All Saints on Saturday, 1 April 1820 at Tower Hamlets, London. She was 20 and her husband Samuel was 24.. Mary and Samuel went on to have seven known children together.4

Mary's child Margaret received her baptism at St. Dunstan's and All Saints on Thursday, 10 October 1822 at Tower Hamlets, London.5,6,7,8


However, it seems that the Swan River District was a considerable disappointment:
"On Saturday last the long expected Calista arrived from England, via the new settlement at Swan River. The accounts brought by this ship of that place are far from satisfactory. The proposed colonization would seem to be a total failure ... The entrance to Swan River was found totally inaccessible, even to boats ; there being not more than four feet water upon the bar over which it unceasingly broke. The stores, and every thing else taken from the shipping, was therefore of necessity landed upon the beach, and carried a long distance across the land to the river inside the bar, to be again embarked in boats for conveyance to the proposed settlement, some 8 or 10 miles up the river. But the very worst part of the "Peel Colony," (as Mr. Hume called it in Parliament) is that the country itself seems to be altogether unsuited for the residence of man. The land is barrenness itself. Sand, sandstone, and granite, with- out an acre of good land, as far as observation has gone. The want of water is also most seriously felt; instead of those purling streams, and bubbling springs, which the London papers spoke of, the only bubbling appears to have been that which the Peel folks effected. In a word, the whole scheme seems to be an entire failure of the most unqualified description."12

Further describing the circumstances:
"The expectations of the settlers were somewhat disappointed, the quality of the soil not being near equal to what they had been led to anticipate; several exploring parties had been into various parts of the interior, but all the good land they had met with was reckoned not to exceed 3,000 acres. Two distinct settlements had been formed, one about twelve or thirteen miles up the River, which had been named Perth, and where Captain Stirling had pitched his head-quarters ; the other, close to the mouth of the River, had been called Fremantle. At Perth they were busily engaged in building dwelling-houses and stores, but at Fremantle they were all residing in canteens brought out from England. They were greatly in want of artificers."13
Aparently Samuel thought he might buy some land in the area but he continued on to Hobart. The conditions may have something to do with it, as might of his continuing role as the Calista's doctor. But perhaps the most important consideration might be family; his mother, probably widowed, emigrated to Hobart two years before and had endured a shipwreck.13,14

Samuel and Mary had their house struck by lightning on 19 November 1832:
"During a thunder storm at Launceston, on Monday last week, the lightning struck the residence of Dr. S. Westbrook, doing considerable damage to the building and household articles, but happily without striking or doing any personal injury to any of the inhabitants."17
She and Dr. Samuel Westbrook moved to Clifton House, in New Norfolk, Tasmania, on 17 February 1835.18

By 1838 they had had seven children, 6 of whom survived until adulthood.

Mary, as the mother of the bride, along with Samuel may have attended the wedding of Margaret and Rev. Samuel Berjew Fookes, a schoolmaster who emigrated from Dorset, in a Church of England ceremony at St. John the Baptist on Saturday, 20 February 1847 at Buckland, Tasmania. Margaret was 24 and her husband Samuel was 24.. Others who may have attended include Jane Berjew as mother of the groom. Samuel and Margaret went on to have four children together, two of whom lived into their adulthood.19,20,21 She presumablylived with her spouse Samuel at Pittwater, Tasmania, in 1852. They were to remain here for another eleven years.22