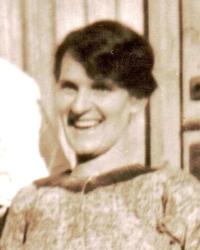 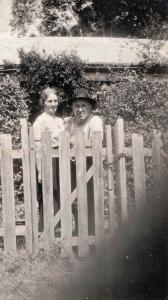 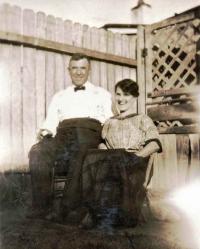 William Donald Olliver and Elizabeth Moore
NOTE: The information on this page is my research to date and is subject to change as I become better informed. I very much welcome any corrections or additional info you might have - my email address is at the bottom of this page. Whilst historical facts are not copyright, my writing about these facts are. If you wish to use any text from this site on Ancestry or on any other website, please ask me first - Tim Hill.
+ + + + + + + + + +

Elizabeth was born at Home Rule, the Gulgong District, New South Wales.2 She was the daughter of James Anthony Moore and Mary Ann Kennedy.1 Elizabeth Moore was also known as Cookie.3

She married William Donald Olliver, son of Henry Olliver and Mary Jane Nicholson, at the Vicarage on Wednesday, 26 September 1894 at Parkes, New South Wales..2 Elizabeth Moore moved to Murrin Murrin, Western Australia, circa 1902 taking her children to join her husband.4 A picture was taken circa 1904 of Elizabeth and William and their family in Coolgardie, Western Australia. The photo says on the obverse "... the houses were built of hessian and white washed inside. The children sometimes had a ride home on camels, owned by Afghans who used the camels to carry goods. Mr. Olliver was a skilled blacksmith and coach builder."5

A group photo was taken of some of the Olliver family an unknown date .7

Elizabeth and William had a photograph taken circa 1920.

She presumably lived with her spouse William at the Sydney suburb of Dundas in 1934.8 Elizabeth and William had a photograph taken November 1935.