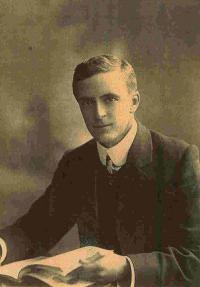 Edward Farley Oaten
Source: http://www.nathanville.org.uk
NOTE: The information on this page is my research to date and is subject to change as I become better informed. I very much welcome any corrections or additional info you might have - my email address is at the bottom of this page. Whilst historical facts are not copyright, my writing about these facts are. If you wish to use any text from this site on Ancestry or on any other website, please ask me first - Tim Hill.
+ + + + + + + + + +

Edward Farley Oaten was born on 24 October 1884 at Tunbridge Wells, Kent.1 He was the son of Samuel Oaten and Hannah Ellen Lay.1

He was the author of a number of books, including 'My Memories of India", "European Travellers in India: During the Fifteenth, Sixteenth and Seventeenth Centuries, the Evidence Afforded by Them with Respect to Indian Social Institutions, & the Nature & Influence of Indian Governments", and "A Sketch of Anglo-Indian Literature: (The Le Bas Prize Essay for 1907)" the last of which was dedicated to his mother.2,3,4,5,6 He was a student at at Sidney Sussex College University of Cambridge.6

In 1909 he taught History and English at Presidency College, Calcutta, West Bengal, a post he held for some 7 years.7

Edward Farley Oaten in February 1916 he became embroiled in a dispute with some students at Presidency College which resulted in the expulsion of Subhas Chandra Bose ( the Indian nationalist and freedom fighter who was then an under-graduate student) from the Presidency College, Calcutta. Bose had heard that Oaten had manhandled some Indian students, and had retaliated by beating Oaten. in February 1916.7,8 Edward was a Captain with the the King Edward's Own Lancers (Probyn's Horse) brigade. He served for two and a half years in the North West Frontier of India.7

On 1967 Edward Farley Oaten published a book "Songs of Aton", reportedly containing several poems (including some sonnets) on his reminiscences of India.7