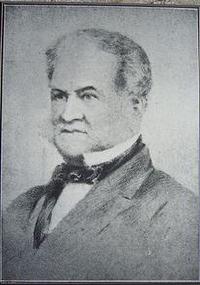 Sir Thomas Deane (c1792-1871)
(Source: Journal of the Cork Historical and Archaelogical Society, 1915 Vol.21 No.108 pages 180-186)
NOTE: The information on this page is my research to date and is subject to change as I become better informed. I very much welcome any corrections or additional info you might have - my email address is at the bottom of this page. Whilst historical facts are not copyright, my writing about these facts are. If you wish to use any text from this site on Ancestry or on any other website, please ask me first - Tim Hill.
+ + + + + + + + + +

Thomas was born on Monday, 4 June 1792 at Cork.2,1 He was the son of Alexander Deane and Elizabeth Sharp.1

Thomas began working for his mother Elizabeth on the death of his father at the age of 14.1

Thomas Deane married Catherine Conellan in 1809 at Cork. It was through this marriage that he acquired the estate of Umera.2,3,4

In 1811 he designed the Cork Commercial Buildings on South Mall, won in competition against William Wilkins - his first building.1

The Cork Commercial Buildings, from a design of Thomas's were completed on 22 August 1813.2 He was presented with a plate by the Corporation on 27 March 1814 "in testimony of their approbation of his conduct in the design, plan and execution of the work."2 He was the High Sheriff of Cork in 1815.2,1

Elizabeth andThomas carried out large government contracts for the Navy on Haulbowline Island between 1816 and 1822.3,5

He was one of the founders, in 1816, of the Cork Society for the Promotion of the Fine Arts. He was a collector of works of art, antiquities and geological specimens.6,3

Alexander and Thomas were in partnership together.2 As of 1830, Thomas Deane was also known as Sir Thomas Deane when he was knighted by the Lord Lieutenant of Ireland, the Duke of Northumberland.7 He was the High Sheriff for the second time in 1830.1,2

Thomas was to the forefront of the development of the arts and sciences in his native city, serving on the Cork Corporation for many years. He was a staunch Tory, but ended up supporting a Catholic, Daniel Callaghan, in 1830. Later in life he grew tired of the political in-fighting.1

Sir Thomas Deane was on the committee of management for the Cork Art Union, whose remit was 'promoting the fine arts in the south of Ireland'. Also on the committee were Kyrl Allen Deane and an Alexander W. Deane.8

In 1845 he was appointed as architect of Queen's College in Cork.3 He was the Mayor of Cork for the third time in 1851.1

In 1851 father and son Thomas and Thomas entered into a partnership with Benjamin Woodward.3

Thomas Deane married Harriet Williams, daughter of Major John Williams, circa 1853.3,2,4 The firm of Sir Thomas Deane, Kt, Son & Woodward opened an office in Dublin in 1853.3 The firm seems tohave given up their office in Cork in 1857.3

He designed a number of buildings in the city of Cork, including parts of the University College campus, and St Mary's Cathedral, Tuam (completed after his death).1

In 1860 Thomas was elected president of the Royal Hibernian Academy.3,1

O'Dwyer describes Deane as ambitious and competitive in his business dealings, an outwardly extroverted and talkative man, but inwardly less confident in himself and more sensitive, than he appeared.3

Thomas died on 2 October 1871 at Longford Terrace, Monkstown, at age 79.1,2 His body was interred at Blackrock, Ireland.2