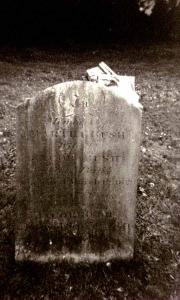 Martha Darby was baptised at St. Peter's on Saturday, 16 February 1765 at Roydon, Essex.1 The church has walls of flint and rubble, and probably dates back to at least 1260. Historically, Roydon was a parish of scattered farms and cottages, with open fields and common meadows. There were 105 ratepayers named in 1734, and the population was 667 in 1801. On the north and west, rivers form the parish and county boundaries.2

She was the daughter of Richard Darby and Sarah Peachy.1

She may have attended the wedding of her brother in the marriage of Richard Darby and Anne Brett in a Church of England ceremony at St. Peter's on Thursday, 8 June 1775 at Roydon, Essex. Both Richard and Anne signed the wedding certificate. They went on to have four children together.3,4

She may have attended the wedding of her brother in the marriage of Thomas Darby and Elizabeth Perry in a Church of England ceremony at St. Peter's on Monday, 14 September 1778 at Roydon, Essex. Elizabeth and Thomas went on to have 11 children together over 17 years.5,4

Martha Darby married Jacob Bush at St. Dunstan's on Saturday, 31 October 1795 at Hunsdon, Hertfordshire.1 "About two miles north-east from Stanstead, in the same hundred (Braughin), stands the pleasant village of Hunsdon, in the parish of its name. From the church, and other positions in the neighbourhood, some beautiful views may be obtained, including the course of the Stort to join the Lea ... The parish [1839] contains about 600 inhabitants." The church stands close to Hunsdon House, nearly a mile south of the village. The walls are of flint rubble with stone dressings, the south chapel being built of brick. This church possesses some exceptionally good details of fittings of the 16th and 17th centuries.6

In Richard Darby's will on 27 January 1821 Richard Darby, Jacob Bush, Martha Darby, Susannah Darby and Jane Darby were named as heirs. Martha along with her husband Jacob were to receive the dividends from £100 for the rest of their lives, and after the last of them had died, to be split between their children..7,8

Her father died February 1821 at the approximate age of 90.

Richard Darby's will was probated on 20 March 1821 at the Consistorial and Episcopal Court, London. Further to his will, the beqests were all granted along with a further £800 in consolidated stock which was granted to the executors George Darby, Thomas Darby and Joseph Munns. This £800 was redeemed shortly afterwards but it isn't known what was done with it.7 Martha and Jacoblived in 1829 at Hunsdon, Hertfordshire.9

Martha died on 12 March 1829 at age 64 (although it was reported that her age was 63).9 She was buried on 19 March 1829 at St. Dunstan's, Hunsdon, Hertfordshire.10 Even though Martha Darby had died only 8 years after her father, her husband Jacob Bush lived a good many more years; if her children had seen any inheritance from thier grandfather, it would not have been until late in life.