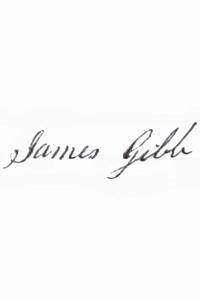 James Gibb - signature
Source: Master's Certificate 1851
NOTE: The information on this page is my research to date and is subject to change as I become better informed. I very much welcome any corrections or additional info you might have - my email address is at the bottom of this page. Whilst historical facts are not copyright, my writing about these facts are. If you wish to use any text from this site on Ancestry or on any other website, please ask me first - Tim Hill.
+ + + + + + + + + +

He married Christian Angus, daughter of John Angus, at the house Rev Robert Doig on Thursday, 2 October 1817 at Aberdeen.. Christian and James went on to have six known children together.4,5

James and Christian Angus became the parents of Euphemia Scott Gibb circa 1839 at Aberdeen. She was said to have had a crippled hand, perhaps from birth, and blue eyes.6,7,8 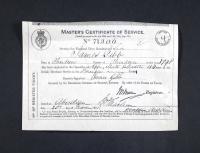 
He was captain of the 290 ton barque Rose, and sailed from Peru with a load of guano, arriving at Aberdeen on 10 February 1851.9

On Tuesday, 25 March 1851 he was issued a Master's Certificate of Service in Aberdeen to commemerate his 40 years in the British Merchant Service, engaged in foreign trade.10

On Wednesday, 22 October 1851 he attended a meeting in support of the Endowment Scheme of the Church of Scotland at the County Rooms, Aberdeen. This was a movement that deplored the absence of Christianity in some areas of Scotland and sought to address moral issues through extending the reach of the Church.13

In April 1856 he was commander of the St. Lawerence, a 600 ton passenger barque bound for Quebec. He was noted in the advertisment as being 'very experienced and careful'.14

His wife of 9 months, Jane Gilbert, was listed as head of household and 'shipmaster's wife' in the 1861 census at 31 Upperkirkgate, St. Nicholas, Aberdeen.16 Jameslived in July 1864 at Honey Cottage, Woodside, Aberdeen.1