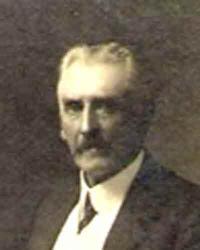 On 5 July 1861 his sister Amy died at the age of 9 a day before her tenth birthday. His common name was Harry.7 Henry was employed by the Mt. Bischoff mining company. A position his son Noel said that he held for about 50 years.8,9 He moved to Waratah, Tasmania circa 1870.8

On 15 November 1872 his brother Arthur died at the age of 5 killed by the kick of a horse in a paddock adjoining their home in Perth, Tasmania, It was reported in the papers that "Mr Fookes jun." procured some boats and helped look for his brother on the river.10,11,12

He married Jane Maria Murray, daughter of Kennedy Murray and Hannah Goodall, on Monday, 22 September 1873 at Waratah, Tasmania. He was 25 and his wife Jane was 23. This marriage between the oldest son of Reverend Samuel Fookes and the oldest daughter of prosperous farmer Kennedy Murray, both well known and respected Tasmanians, was likely to have been of contemporary social significance..13,14,15 Rev. Henry Samuel Cox Fookes was a farmer in 1878.15

A 'J. Fookes' was recorded as contributing to the songs performed at a concert at Library Hall, in Richmond, Tasmania, on the evening of the Friday, 12 September 1879; the evening was judged to be one of the most enjoyable evenings in that town in years.16

An article in Devon Herald in December 1879 lamented the poor state of Anglicanism in Tasmania. It stated that although it comprised the majority of the population

they are at the same time the most illiberal or neglectful of their duties as Christians, and in every way the most apathetic of any denomination claiming to be recognised as an arniy whose mission is to wage war against the vices and immoralities of the age.

The author blamed this partially on the fact that the Church of England was supported by the state, reducing its self reliance. He mentioned how some ministers had not been paid for several months. Further "among her communicants are any earnest workers who have her true interests at heart; but the great mass are cold and indifferent, keeping back the whole price of their possessions." The article listed Rev. Henry Samuel Cox Fookes's annual salary at three hundred and ten pounds.17

As a conclusion to 'show day' on Thursday, 15 April 1880, an entertainment was given at at Municipal Council Chamber in the small Tasmanian town of Evandale. Henry sang two songs; 'A lLife on the Ocean Wave' and 'My Grandfather's Clock' - "a desire was shown by those present to assist in the chorus, especially with the tick, tick, tick, but was wisely suppressed."19

Henry gave a rendition of 'Still I love thee' on Saturday, 7 August 1880 at a concert in aid of the Church of England Building Fund at Waratah, Tasmania.20

Henry sang a number of songs at a musical evening at Mount Bischoff, Tasmania, on the evening of Saturday, 21 August 1880 in aid of the new church; it was not well attended due to bad weather but also the poverty of the town's inhabitants due to a lack of work.21

He was a member of the committee for St. James' Church of England, in Waratah, Tasmania, in February 1881.22

At a farewell dinner on Thursday, 10 February 1881 held in the Mechanic's Institute for two well-known local identities, Henry sang a song. The evening was reckoned to be "remembered as one of the most pleasant evenings ever spent."23

He was the forman on a jury of 7 at Waratah, Tasmania, on 17 January 1882, investigating the death of a four month old child through improper feeding. They delivered a verdict in accordance with the medical testimony.24

At an entertainment at Mechanics Institute, in Waratah, Tasmania, on the evening of Sunday, 30 July 1882, Henry performed along with several other people. The hall was very crowded and the door took 25 pounds.25

Henry left for Hobart of Monday, 30 April 1883 as secretary of the Goldfinders Prospecting Association "for the purpose of offering a portion of the Association's property to the public."26

In mid May 1883, Henry was dispatched to Hobart to float a company to raise funds for minining at Specimen Reef, in Halls Creek, Tasmania.27

He seems to have taken up a 10 acre block near Halls Creek, Tasmania. A gold mine was established there, but it wasn't a success, not least due to the difficulty of access in the mountinous terrain.29

The members of the Bischoff Surprise Party gave a performance at the Waratah, Tasmania, on the evening of Saturday, 11 August 1883 in aid of the Waratah Cemetery Fund. The programme was reported to be excellent, and Henry sang 'Old Folks at Home' to loud applause.30

He attended a large banquet on Thursday, 17 July 1884 at the Waratah, Tasmania, in celebration of the opening of the Van Dieman's Land Company's railway; he rendered a song as part of the entertainments.31

As a member of the debut performance of the Waratah Federal Minstrels (not to be confused wiith the very successful group 'Hiscock's Federal Minstrels' who performed in Melbourne and Sydney), he performed the song 'Mother's with the Angels' and sung in a quartette on the evening of Saturday, 1 August 1885 at The Mechanics Institute, in Mount Bischoff, Tasmania.32,33

The Bischoff Federal Minstrels gave a performance to a bumper house in the Waratah, Tasmania, on Saturday, 17 October 1885 in aid of the Mount Bischoff Provident Hospital. Henry was a versatile performer, singing the songs "Died in the Street", "Kissing Time" and joining in a quartet to sing "Smile, O Heaven on the day" from the opera Satanella.34,35

He was relected as sidesman at Waratah, Tasmania, on 21 February 1886 by the annual meeting of parishioners.36

Henry participated in an entertainment in aid of Waratah Brass Band on the night of Sunday, 21 March 1886 to densely packed hall.37 He was an overseer at the Mt. Bischoff Tin Mining Company (which he continued at for the next 20 years). in 1887 at Waratah, Tasmania.15

At a meeting held in the evening of Friday, 7 January 1887, Henry was reinstalled as Vice Grand (or deputy presiding officer) of the Loyal Waratah Lodge , No.3, of the Independent Order of Odd Fellows (I.O.O.F.)38

"A very successful entertainment" was given on the evening of Wednesday, 23 November 1887 at Waratah, Tasmania; Henry sang 'Belle Brandon' and 'Excelsior.39'

A Mr. Fookes was elected as a sidesman at Waratah, Tasmania, on Friday, 3 February 1888 at the annual meeting of parishioners.40,41

Henry was elected to be secretary and collector of the Mount Bischoff Hospital Committee on Thursday, 16 February 1888.42

In very bleak conditions (with 12 inches of snow on the ground), a concert was given at Waratah, Tasmania, on the evening of Saturday, 21 July 1888 in aid of the library fund; Henry sang a duet "rendered in a first-class style, an encore being demanded."44

A Mr. Fooks sailed in steerage from Melbourne to Launceston, Tasmania, on the 'Pateena' in October 1888.45

He was named incidentally in an inquest into the death of a colleague, Walter Winter on 29 November 1888 at Waratah, Tasmania. It was ruled that he committed suicide in a 'fit of temorary insanity.46'

An "H. F. Fookes" was reported to be a committee member of the Loyal Waratah Lodge I.O.O.F., and was also elected as a Grand Lodge representative.47,48

In an election of the parishioners at Waratah, Tasmania, Henry was elected as churchwarden on 31 January 1889.49

Waratah Dramatic Club put on a performance of Paul Merrit's 'Golden Plough' on Saturday, 25 May 1889 at Waratah, Tasmania, in aid of the Mechanics Institute; Henry played Jerry Drake in a creditable performance.50,51

On Tuesday, 10 September 1889 he attended a public meeting at Waratah, Tasmania, in support of the London dock labourers, and he joined a subcommittee to collect funds. the meeting resolved to hold a concert on the Saturday coming.52

On Saturday, 14 September 1889 he performed at the Athenaeum, in Waratah, Tasmania, in aid of the Dock Labourers's Strike Fund.53

An 'H. Fookes' departed from Launceston, Tasmania, to Melbourne in the steerage aboard the Pateena on 16 September 1889.54,55

Henry acted in the play "British Born", held at the Waratah Dramatic Club on Saturday, 19 October 1889 and the cast were given loud applause for their acting.56 Henry (and presumably his spouse Jane) lived in 1890 at Waratah, Tasmania.57

The Waratah Dramatic Club prepared to stage the play 'Not Guilty'. Henry was filling the position of stage manager who was described as "an old and painstaking member" who was "on the present occasion sparing neither time nor pains in his endeavours to make the drama as presentable and as near the author's conception as possible."58,59

The Waratah Dramatic Club gavce a performance of the play "Not Guilty"; Henry was lauded when it was said on 13 September 1890:
[t]he acting of Mr H. Fookes in the dual characters of Silas Jarrett and Sir Ormonde Willoughby, as well as a Warder in the Dartmoor scene, must be acknowledged to be as near perfection as could be expected.60

As a member of the Bischoff Owls, performed in a drama "The Octoroon"; Henry performed the role of one of the main characters. A critic said:
Fookes was, as usual, painstaking. He has evidently bestowed attention to his duty during rehearsals, and was well versed in his part, but deivered his addresses with too much rapidity.61,62

An "H.G.C. Fookes" was thanked as the auditor for the Mount Bischoff Provident Hospital, in Mount Bischoff, Tasmania, in their committee meeting of February 1891; his wife's nephew Albert Arthur Littler was the president.63

According to a court transcript, Henry pegged out a 20 acre block for a mining lease about six hours walk from the small town of Zeehan, but the exact location is unclear.64

A team-mmeting was held at Waratah, Tasmania, with the object of furnishing the Sunday School on Wednesday, 3 June 1891, and Henry provided one of the entertainments.65

His father died 2 November 1892 at the age of 70. Henry was aged 44 when this happened. He was manager of the Mount Bischoff Tin Mine in 1893 at Mount Bischoff, Tasmania.7

Henry would ride "around the island with his pony 'Jacko' and jinker and conducted services in homes, on the jetty, in sheds or in the open air. Occasionally, Tuck Robinson would take them to Cape Barren Island."8 Henry and his wife soon settled in Witemark, buying land and building what was to be the first rectory on Flinders Island.8 He was a catechist in 1923 at Launceston, Tasmania.15

Henry may have died on 9 February 1924 at Whitemark, Flinders Island, Tasmania, at age 76.2

Henry likely died on 10 February 1924 at Launceston General Hospital, in Launceston, Tasmania, at age 76.15 His body was interred at Carr Villa Memorial Park at Launceston, Tasmania. Monumental Cemetery, Plot B9 79.15,70 "After Henry's death his widow gave the land and building to the Church of England and built a small home on the site which is now the doctor's dwelling, here she lived until her death."8 "For the burial of the late Mrs. Fooks an aeroplane specially chartered for the purpose took took the body to Launceston for internment. Mr. and Mrs. Cruickshank, nephew and neice of Mrs. Fooks and the funeral director were passengers on the plane. Motor cars followed the procession to the aerodrome and many wreaths were placed on the casket. In 1938 the new gates to the church grounds were dedicated to Mr. and Mrs. H. Fooks."71