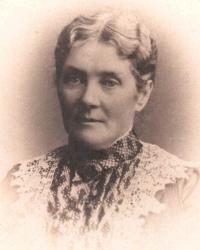 Jane Maria Murray
NOTE: The information on this page is my research to date and is subject to change as I become better informed. I very much welcome any corrections or additional info you might have - my email address is at the bottom of this page. Whilst historical facts are not copyright, my writing about these facts are. If you wish to use any text from this site on Ancestry or on any other website, please ask me first - Tim Hill.
+ + + + + + + + + +

Jane was born on Friday, 6 September 1850 at the small Tasmanian town of Evandale. She was the daughter of Kennedy Murray and Hannah Goodall. Her son, Noel Fooks, recollected (incorrectly) that she was the second-eldest daughter amongst her siblings.1 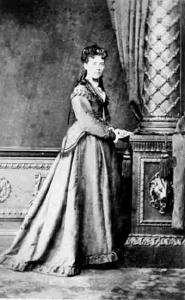 She married Rev. Henry Samuel Cox Fookes, a minister of religion, son of Rev. Samuel Berjew Fookes and Margaret Sarah Westbrook, in a Church of England ceremony on Monday, 22 September 1873 at Waratah, Tasmania. She was 23 and her husband Henry was 25. This marriage between the oldest son of Reverend Samuel Fookes and the oldest daughter of prosperous farmer Kennedy Murray, both well known and respected Tasmanians, was likely to have been of contemporary social significance..2,3,4 Jane Maria Murray was found on a passenger list on the The Steamer 'Derwent' on 17 February 1875 from Melbourne to Launceston, Tasmania.5

She may have attended the wedding of her sister in the marriage of Arthur Alfred Littler and Marianne Goodall Murray in a Presbyterian ceremony conducted by Rev R. S. Duff at Trafalger on Monday, 5 November 1877 at the small Tasmanian town of Evandale. Arthur and Marianne went on to have six known children together.6,7,8,9

Jane, aged 29 and Rev. Henry Samuel Cox Fookes, aged 32 became the parents of Louise Augusta Fookes on Friday, 9 April 1880 at Evandale.10 She presumably lived with her spouse Henry at Waratah, Tasmania, in 1890.11 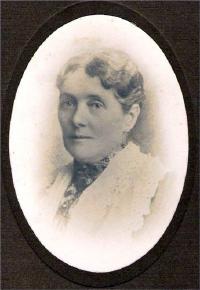