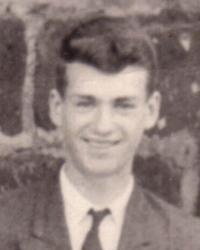 Graham was born at St. George's Hospital on Thursday, 4 November 1943 at the Melbourne suburb of Kew. He was born with a hole in his heart. He was the son of Hubert Nicholson and Mavis Lily Oaten.

Christmas for the extended family would take place at a different house each year, with each family bringing meals to contribute to the affair. There would be sing-a-longs of Christmas Carols and a big traditional roast of ham and turkey.1

In 1947 Hubert's work took him to England, and the family spent three years there.2 Graham Leigh Nicholsonlived with Hubert Nicholson and Mavis Lily Oaten circa 1948 at Great Bookham, Surrey. They remained there for three years in the late 1940's.3 He presumablylived with his parents at The Lodge Sole Farm House Church Road, in Great Bookham, Surrey, in 1948.4 Graham Leigh Nicholson was listed, along with Hubert Nicholson and Mavis Lily Oaten departed from England on 5 January 1950 on the Strathnaver They were returning home from Hubert's posting to England. Travelling with them were their children, Barbara and Graham. They reached Australia on 1st February 1950.5,6 Graham Leigh Nicholson arrived in Fremantle, Western Australia, on 1 February 1950 with his parents and sister Barbara.7 However, despite his given name he was known to the family as 'Fid'. 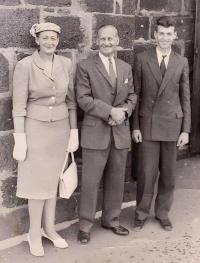 Graham died on 13 December 1984 at Warrandyte, Victoria, at age 41 of a heart attack, as a result of his heart condition.10