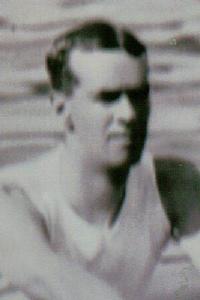 Gordon Alan Westbrook
(source: Mike McHugh)
NOTE: The information on this page is my research to date and is subject to change as I become better informed. I very much welcome any corrections or additional info you might have - my email address is at the bottom of this page. Whilst historical facts are not copyright, my writing about these facts are. If you wish to use any text from this site on Ancestry or on any other website, please ask me first - Tim Hill.
+ + + + + + + + + +

Gordon Alan Westbrook won the President's Cup for Single-Sculls in 1921 (and was 2nd in the previous year).2 He was an auctioneer's clerk in 1930.1

In 5 February 1930 he sustained a serious injury in that he was run over by a motorboat whilst swimming in Brown's River, in Hobart and had to have 17 stitches to his back to treat three large gashes.1

Gordon Alan Westbrook coached the Perth University Crew that won the 1932 Oxford-Cambridge Cup, and was several times coach of the Tasmanian King's Cup Eights crew. in 1932.2

Greta became pregnant to Gordon Alan Westbrook and had to be sent to Melbourne in 1938 to avoid the scandal due to both his marriage but also their different religions.2

Gordon Alan Westbrook and Greta Mary Mavis Rust continued to have an affair for more than 20 years, meeting when he came to Melbourne for the Henley Regatta and to spend time with his sons.2

Gordon Alan Westbrook received a gold watch for 49 years service to his employer in May 1951.1 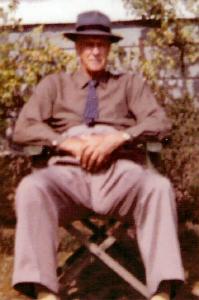