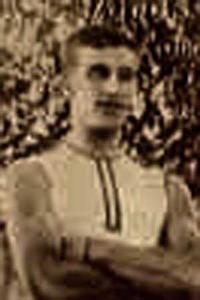 H. A. E. Westbrook 1885
(source: Mike McHugh)
NOTE: The information on this page is my research to date and is subject to change as I become better informed. I very much welcome any corrections or additional info you might have - my email address is at the bottom of this page. Whilst historical facts are not copyright, my writing about these facts are. If you wish to use any text from this site on Ancestry or on any other website, please ask me first - Tim Hill.
+ + + + + + + + + +

Henry had the No.3 seat in the 1st Tasmanian Eights Crew at the 1885 Inter-Colonial Rowing Championships.2 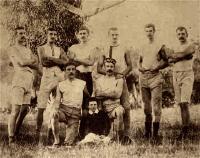 The Tasmanian Crew that rowed against other states on the Parramatta River in 1885
(source: Mike McHugh)
Henry Albert Edward Westbrook was employed by the Department of Agriculture, retiring c.1929.3