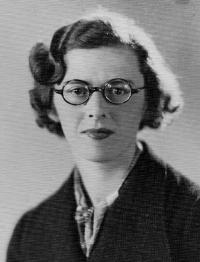 Bessie was born at 'Walden'', Pacific Street on Friday, 5 April 1912 at the Sydney suburb of Manly.2,3 She was the daughter of Donald Hugh Aloysius Bourke and Ivy Pearl Owens. Her common name was Betty. She presumably moved with her parents to the Sydney suburb of Manly. She lived with her parents at at 'Amaroo' 60 (now 34) Addison Road in the Sydney suburb of Manly in 1917. Just next door to them was Don's sister Mary and her family; they apparently both moved in to these houses in the same year. The Bourkes were to have this as their home base for at least the next twenty years.4 She presumably moved with her parents to Melbourne in October 1917.5 She lived with her parents at Melbourne in 1918. By all accounts this was only a short term posting away from his Sydney base by his employer. Apparently there was some acrimony in the way it was done by a Mr. Bennett. NCR was a company that was undergoing increased sales throughout the early years of the century. Just seven years before NCR had sold their millionth cash register.6,7,8 By this time they had also had the telephone connected at home (Manly 327), as had the Hill's next door.9 Bessie Patricia Bourke lived with Don Bourke and Ivy Pearl Owens in 1936 at "Amaroo'.1011 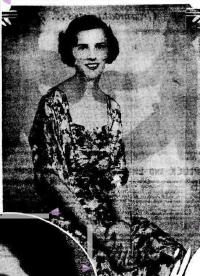 
Bessie left Sydney to attend the Olympic Games in Berlin, as well as England and America.11

Donald was mentioned in the paper on 1 April 1937:
"DONALD BOURKE, advertising man, paralysed his confreres at the Australian Club at the week-end with a tie to all appearances fashioned out of a printed sheet of advertisements from a newspaper - his daughter, Betty, had sent it to him from Paris. The one consolation of those who saw it was that the young lady had contented her self with sending him a tie. She might have sent a suit of clothes."12
Bessie Patricia Bourke was found on a passenger list on 5 April 1937 from Southampton, England to New York.13 She was found on a passenger list on 23 April 1937 from Canada to Blaine, Washington.14 She lived with Rowland Hugh Argyle Bourke and Ivy Pearl Owens in September 1939 at at 61 Greenknowe Flats in Greenknowe Avenue in the Sydney suburb of Potts Point.15

In Rowland Hugh Argyle Bourke's will on 2 January 1940 at Ingleburn Army Camp, in Ingleburn, New South Wales, Bessie Patricia Bourke and Ivy Pearl Owens were named as heirs. He left everything to his mother, but in the event she had died, everything was to go to his sister.15