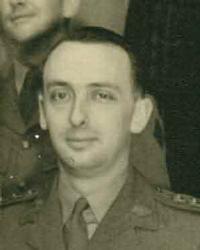 Hec Willson 15 Feb 1942
NOTE: The information on this page is my research to date and is subject to change as I become better informed. I very much welcome any corrections or additional info you might have - my email address is at the bottom of this page. Whilst historical facts are not copyright, my writing about these facts are. If you wish to use any text from this site on Ancestry or on any other website, please ask me first - Tim Hill.
+ + + + + + + + + +

He married Pattie Smith, daughter of James Smith and Elsie Florence Darby, at St. John's on Monday, 16 February 1942 at the Sydney suburb of Darlinghurst. He was 27 and his wife Pattie was 25. News of the fall of Singapore to the Japanese reached Australia the same day..1 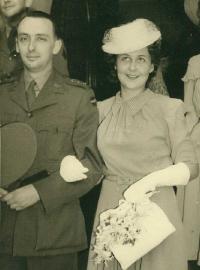 
Hec Willson was on a ship to the Middle East which was diverted to Western Australia following the bombing attack on Broome. in March 1942.3 He spent the next 17 months in difficult conditions in Western Australia, including Morowa, Western Australia.3 He was then, for a period of time, sent to at New Guinea.3 Hec was 2IC of the Cowra Japanese POW camp's hospital when at least 545 Japanese attempted to break out. The prisioners inflicted ghastly wounds on themselves and Hec operated for 72 hours. His wife read in the paper about the breakout but was not informed of Hec's condition for a month. He sufferred from emotional and physical injuries; his back and neck was injured, and he said he witnessed far more disturbing wounds in Cowra than he saw in New Guinea.3 After the breakout - where the Japanese suffered many self-inflicted blade and gunshot wounds - the Australian surgeons performed 44 operations in the first 24 hours and a further 33 in the following 48 hours. Hec later questioned one of the Japanese officers trying to elicit what they had to gain. He replied that that they hoped to kill as many Australians as possible and then commit suicide as the disgrace of imprisonment meant they couldn't return to Japan.3 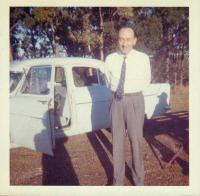 John and Frank, both doctors and married to sisters, became good friends.11 John and Mavis lived in 1972 at at 179 Spit Road in the Sydney suburb of Mosman.12